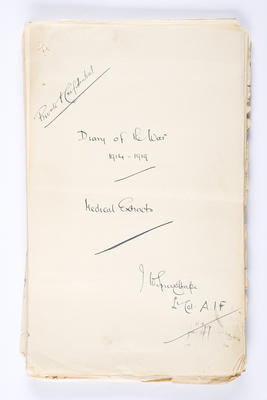 Maker
John William Springthorpe (b.1855, d.1933)
Date
1919
Description
Dr John William Springthorpe was influential in founding the Victorian branch of the British Medical Association, was a founder of the Royal Victorian Trained Nurses' Association, first chairman of the Masseurs' Registration Board, president of the Dental Board and later, dean of the Faculty of Dentistry.

In 1914 Springthorpe volunteered for military service and was appointed senior physician at the 2nd Australian General Hospital in Egypt with the rank of lieutenant colonel, where he treated servicement from Gallipoli. Later on he was sent to England to care for troops returning from the Western Front, particularly those with shell shock. Throughout his military career Springthorpe advocated for and outlined a preferred treatment of soldiers for trauma and other psychological problems. After the war he was a pioneer in the psychiatric rehabilitation of veterans. 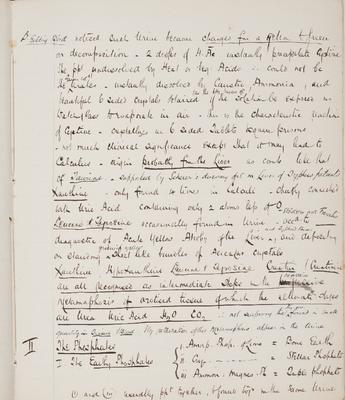 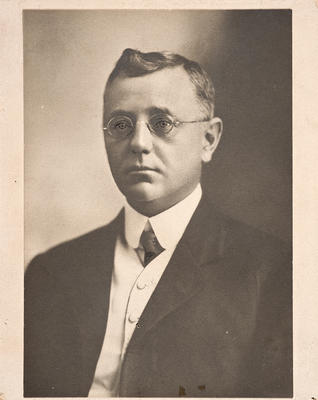